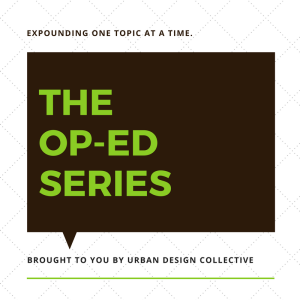 In the early 1990’s, the cleaning authorities at the Amsterdam airport needed to address a hygiene issue. They were struggling with attempts to reduce urinal spillage and splash-back in the men’s washrooms, but nothing seemed to do the trick until an etched house fly came along. Aad Kieboom, the Amsterdam airport manager, decided to put photorealistic house fly stickers in the urinals, slightly away from the drain. It is believed that the simple sticker reduced spillage by over 80%! The reason this worked is that the housefly is universally disliked – enough to make men want to pee on it. 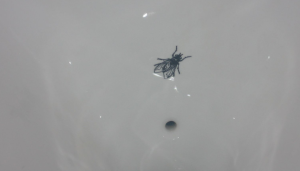 Now we see the appearance of the house fly in urinals around the world.

This is an example of nudging. Richard Thaler, the 2017 nobel laureate for economics, co-authored the book ‘Nudge’ with Cass Sunstein where they state, “A nudge, is any aspect of the choice architecture that alters people’s behavior in a predictable way without forbidding any options or significantly changing their economic incentives.” A popular example would be placing an apple at eye level to encourage healthy eating, instead of banning junk food.

While Thaler researched nudging under the umbrella of behavioural economics, it can be widely applied to other fields related to human behaviour. Let’s take the Piano stairs as an example. To encourage people to use the stairs rather than the escalator, Fun Theory, a Volkswagon initiative, turned them into piano keys. The result was that people chose to hop around the ‘keys’ with curiosity and amusement. The piano stairs idea was appreciated enough to be replicated world over. Take a look at this concept in this video.

There are so many changes that the world needs and these are dependent on shifts in human behaviour. We’ve had campaigns and speeches and lectures and talks and discussions and dialogues and protests and what not – but most with little effect.

Public dialogues and discussions are imperative for creating awareness. They play an important role in sensitizing people and making them stop and think, even if it is for just a minute. But they do not result in behaviour change. We’ve been repeatedly made aware of the causes of traffic jams and high air pollution levels (Delhi being a prime example at the moment), yet we still seem to buy more cars. What is missing? How do we get people to change their behaviour?

Firstly, people are intrinsically lazy. By that I mean they are always conserving energy. It’s part of our biology. Our decisions are based on maximizing energy conservation. Logical thinking consumes more energy than emotional thinking. So mere instructions don’t work. It’s too much of an effort to make a conscious change in habit. If I have a habit of carelessly tossing wrappers on the street, it’s very difficult for me to change the habit even though I know it’s wrong. I’d rather take the short cut of littering, than rationally figuring out how to dispose the waste at hand. This tendency also explains our difficulty in pushing ourselves to exercise or eat healthy. Change takes up a lot of energy.

Secondly, humans have a pack mentality. We mimic others, without realizing, and we follow without knowing. This is a result of our survival instinct. We don’t like being singled out and we don’t like being an outcast. Thus often, we behave like the people around us even though we might not approve of it.

Sille Krukow, a behavioural design expert, says in her talk at TEDx Copenhagen, “I believe we all intend to do the right thing. But our instinct and flaws get in the way.” Design experts have understood this, and now work towards integrating nudges in design.

For example, how do you slow down speeding vehicles, without penalties? U.K.’s Norfolk City Council found an interesting low-cost solution to this – Optical Illusion. Norfolk village saw too many car crashes and accidents on the approach road to the village. To curb this, the authorities planted trees on either side of the road, at decreasing distances from each other. This strategy created the illusion of rapid movement. Drivers thought they were speeding, and this play on the peripheral vision made them slow down further. Another solution was to make the environment appear as if it was closing in on the driver. While the road width stayed the same, the trees were planted progressively closer to the road, known as the ‘lazy diagonal’. This gave an impression of ‘funneling’, resulting in drivers slowing down. 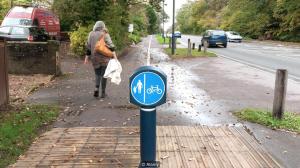 The roads of the UK display numerous other tools that trick commuters into behaving in a desired manner. The streets are strategically sprinkled with patterned tiles like bumps, stripes and dimples, which subtly tell the citizens what to do. For example, in certain areas where the pedestrian and cyclist footpath run side by side, perpendicular striped tiles indicate the pedestrian side and the parallel striped tiles indicate the cyclists side. This ensures that pedestrians and cyclist stick to their respective sides. Apart from this, a raised bump in the middle of the path, makes it inconvenient for the cyclists to cross over. 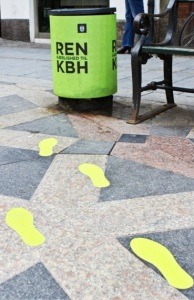 Copenhagen city is repeatedly hailed as one of the most livable cities of the world. This would not have been possible without planned nudges veering collective behaviour in the right direction. For example, to deal with the problem of increased littering, the city set up litter-prevention programs where garbage bins were placed at strategic places, especially where people were expected to litter. But the real nudge was placing green footprints that led up to the bins. The footprints pushed people to take those extra steps to dispose their waste. The nudge proved to be very effective, resulting in cleanliness and pride among the people for their environment.

In architecture and city planning, we already design for the utility and convenience of the user. But with nudge theory, we can take it a step further and design to induce positive behaviour.